(Am I the only one who says that like the old Thomas Dolby song?)

As I was saying - sorry for the lag, but Ben has had a terrible cold, with several days of fevers AND I've been trying to stick to a workout schedule, to attempt to get back into some sort of shape that doesn't immediately call to mind "marshmallow"

However, I did want to share some pictures of some of the great adventures we've had. One of the great things we love to do around here is head to the New York Hall of Science. It's not billed as a kids' only museum, but it might as well be. With a dedicated playspace for little kids, the Preschool Place as well as a host of other interactive exhibits, it's a great place to spend a few hours on a cold weekend. In fact, we run into so many of our friends from the neighborhood there, that I just go expecting to see familiar faces.

We are trying to raise our kids to be curious learners, who are engaged in the world around them, and I love this small gem for making that a little easier. 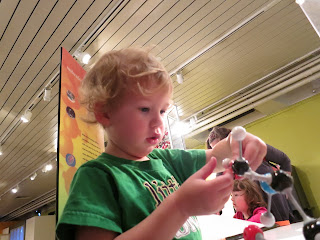 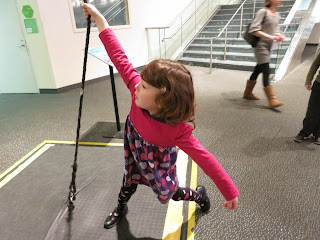 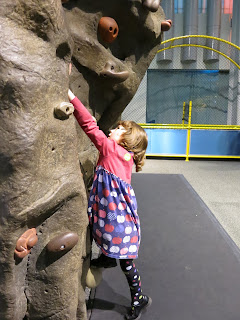 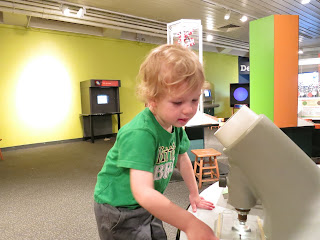 Doing My Best said…
Hey! Marshmallows are wonderful, soft, sweet things...highly sought after in my house ;-)!
That museum sounds WONDERFUL! Next year, when Baby's nap isn't VITAL, I'm hoping to find some good places like that around where I live. *fingers crossed*
February 8, 2012 at 11:53 PM

Michele / akkasha said…
I definitely want to come out there with you sometime. It looks like an amazing place. I know the kids will love it.

I also really want to get back to the zoo near you sometime. I think everyone needs Highland cattle in their lives. *grin*
February 9, 2012 at 2:18 PM